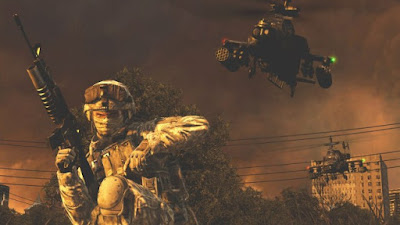 Call Of Duty: Modern Warfare Remastered 2 is officially real, as the title has now been discovered on the German PlayStation Store and will be released tomorrow on 31 March.

An accompanying trailer also confirms that it will come with a Classic Ghost Bundle, which seems to consist of items, cosmetics etc. that can be used in both Modern Warfare and Warzone.

More importantly, the trailer confirms that the remaster is single-player only, with apparently no multiplayer component at all.

At this point, the Call Of Duty: Modern Warfare 2 remaster may as well be public knowledge. The thing has been rumoured and purportedly leaked for years now, with the latest leak suggesting it will release next month.

Now, the newest claim is that it will come out as early as today. This comes from Twitter user Okami13, who has reliably leaked Call Of Duty related info in the past, such as details for Call Of Duty: Warzone.